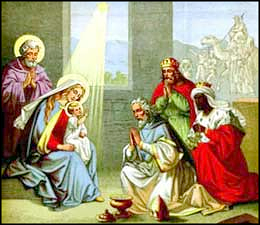 The Language of God
A young man was intrigued by this question: what language does God speak? He asked people around, what is the language of God? And no one was able to offer him a satisfactory answer. So the young man undertook a journey going in search of the answer to his all important question. His first stop was a village on a hilltop. He asked the people there: what language does God speak? None of them could answer the question. “But,” they said, “There is a holy man who lives on the hill outside our village who perhaps has the answer to your question.” So the young man went to the holy man. Holy, for sure, he was. And the man said, “Look around you. See the beauty of creation: the green meadow, the flowing stream, the glistening sun, the romantic moon and the gentle breeze. Yes, this is the language of God.” So the young man stayed there enjoying the beauty of creation. God was there! But the young man was not satisfied. Creatures, after all, are not perfect enough! So after a few days he said good-bye to the holy man and went on his way.
Along the way, the young man came across a group of men who looked very austere, serene and wise. He told them of his journey and his search. They said, “God speaks the language of your heart. Sit and meditate. You will hear Him.” That is what the young man did. He sat. He meditated, day after day. He came to discover many truths about himself, God and about his relationships. This brought him much serenity, wisdom and meaning. Yet he was not convinced that his question had been answered. He had not experienced the voice of God tangibly. So he continued his journey.
After some months of search, he reached a holy place – a temple of sorts. There he saw a bearded man seated by the window trying to read from a scroll in faint light. The young man approached him with much reverence. As if not to disturb him, the young man put his question in a feeble voice: “Sir, what language does God speak?” The holy man looked up and said,“This, this book, it is the word of God. Read this and you will hear God.” The young man began to read the holy book. He spent day and night reading, reflecting, and also listening to the holy man explain the writings. It was really enlightening. There were days when the young man would just open a section of the scroll and read, and it was as if the message was just meant for him. Slowly he began to discover that there were some errors in the writing; there were some particularities of that culture and language. So he felt his question was not answered yet.
He continued his pilgrimage. He reached a little town. It was getting dark. The town was crowded with people. And people were still pouring in for something important. He went around looking for a place to spend the night. There was no place in the inn. So he was directed to a cave in the outskirts of the town. When he entered the cave, there he saw a young couple with a new-born babe. As the young man stood hesitantly at the entrance, the mother welcomed him in.

She showed him the little babe and said, “This is the language of God.”
HAPPY X' MAS TO U ALL.
Christmas Story
Rev.Fr.AUGUSTINE CONFUCIOUS 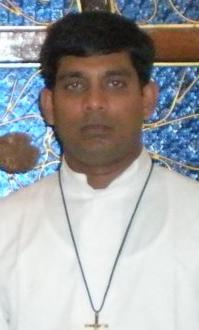